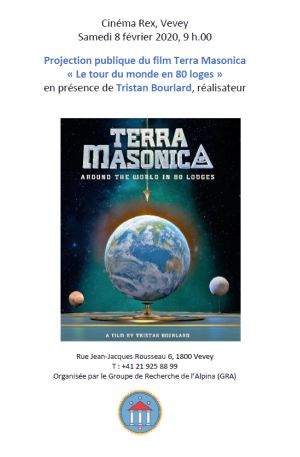 For our English Speaking Brethren

The ARG is an association founded September 1985 at Bern (Switzerland), whose aim is to unite Master Masons interested in doing research in various domains, as well as exploring the future.

The ARG was officially recognized by the Grand Lodge of Switzerland in 2002 as the unique research body in the country. As an independent institution, it functions autonomously and involves close relationships with other research Lodges in Europe and overseas.

The ARG is officially coupled with the Quatuor Coronati Research Lodge in Bayreuth, Germany, since 1992. It has also become an associate member of the Australia and New Zealand Masonic Research Council (ANZMRC) since 2004.

From the very beginning, the ARG has sought to function in the three official languages spoken in Switzerland. Its working language is presently French, whereas the two other tongues (German and Italian) occupy a secondary role for the moment. However, English is increasingly in the limelight.

Switzerland is a small country, with a large ambition for internationalism. Similarly, the ARG nurtures a will for narrowing the distance between Masons geographically far apart, but sharing the same taste for research.

An important and recent achievement of the ARG is the ANZMRC tour of Michel Jaccard, ARG past president, in South Africa, New Zealand, Australia, Tasmania, Singapore and Hong Kong, a three month conference tour (August to November 2015)